Although regarded as marine creatures, Foraminifera (forams) are found just about everywhere it's moist ... or at least their genetic signatures can be found in DNA samples obtained  from moist places, like river edges and other freshwater habitats. But the sea pulls at us, and its rich abundance of forams visible to the naked eye titillate interest. Even outside Antarctica, I've been very curious to learn why certain species are abundant in "peculiar" oceanic places.

One foram that lives in a truly odd place is Shepheardella. It makes a living in the Florida Keys snaking in and out of the flesh of solitary fan seaweed. 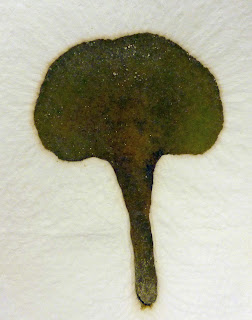 
"Snaking" is an appropriate verb to describe Shepheardella's motion, because it is shaped like a snake. A tiny red snake. 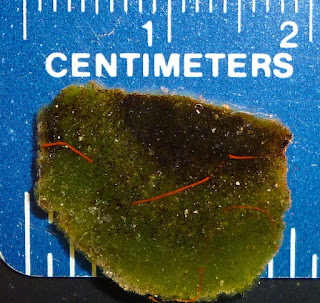 Shepheardella snaking in and out of a piece cut from fan seaweed.

Here is what it looks like stretching out on a glass Petri dish, the way scientists usually study such specimens. 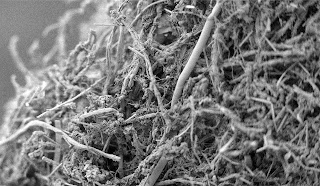 The scanning electron microscope gives us some idea of what its world really looks like, snaking through thickets of algal flesh.

I think Shepheardella is telling scientists that we spend too much time in vitro and not enough time in vivo.
Posted by Unknown at 8:03 PM 1 comment:

A Tribute to Ray Harryhausen 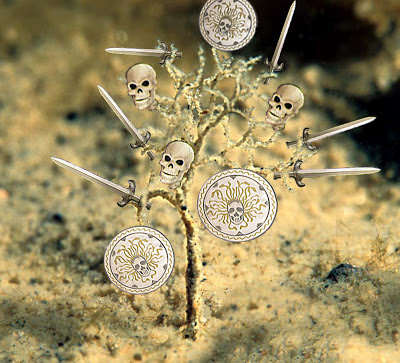 Jason wouldn't have stood a chance ...
Posted by Unknown at 5:32 PM No comments: